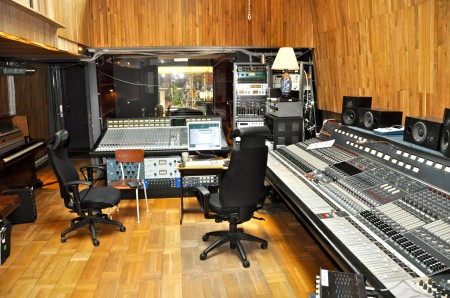 We also take on co-productions with international financing and have represented Sweden on film festivals worldwide and on the international tv-market. The objective is to produce high quality documentaries internationally with a global distribution.

Our films have both been nominated for and won several international prizes, and have received good critics, both in Sweden and in international media. 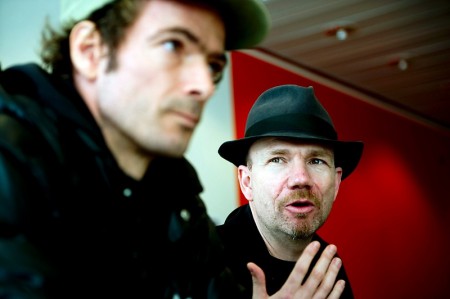 Internationally acclaimed film makers from Gothenburg, current with A New Life about the Gothenburg colorists and their world. (Premiere Dec 2014, Co-prod Film i Väst and SVT)
They started together with the musician, music and film producer Kalle Gustafsson Jerneholm (ex The Soundtrack of Our Lives) Svenska Filmstudion 2006. 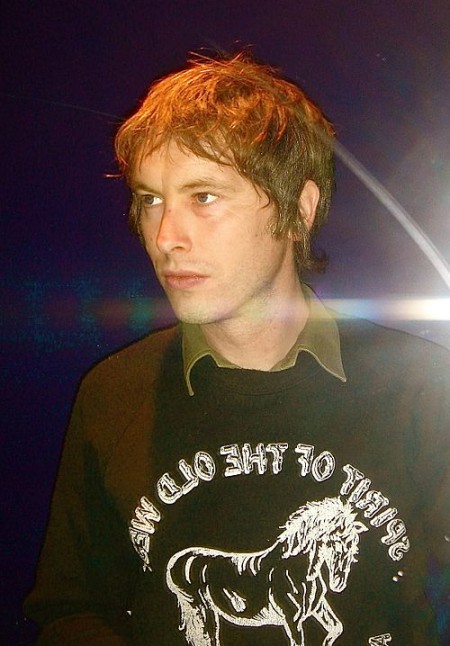 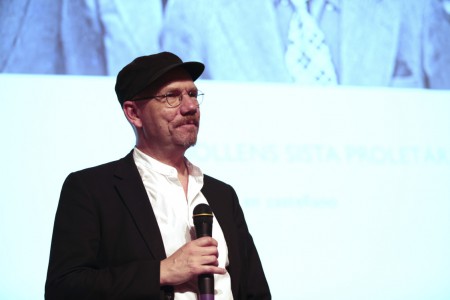 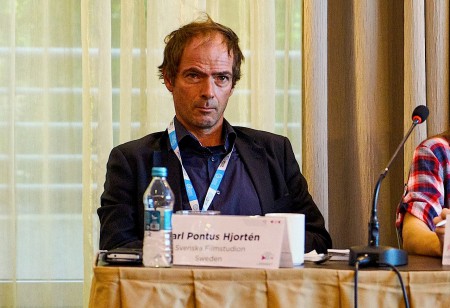 Carl Pontus Hjorthén was born 1970 in Stockholm, and is a Swedish film director and actor.

After finishing studies in phonetics at Gothenburg University, Hjorthén has lived in Spain for many years, but currently lives in Sweden again. In collaboration with Martin Jönsson, he has made several films, including The Secret (2009), a personal story about growing up with a famous gay father, and The Last Proletarians of Football (2011), about IFK Göteborg’s successes in the 1980s. Mari Carmen España – The End of Silence (2009) about Spains relation to it’s history. A New Life (2014) is about Inge Schiöler and Gothenburg colorists.

Hjorthén Is current as director of the feature documentary Europe’s Brasilia about Sagal Hussein from Hjällbo. A film about a young boxer growing up in one of Swedens most segregated suburbs.

In addition to his work as a film director, Hjorthén works as artistic director for the Moldox International Documentary film festival, a film festival for Social Change in Moldova, far away from the mundane Europe, in a small town named Cahul, close to both Romania and Ukraine.

Prizes and awards includes Audience award Barcelona, Fipa Nominee, The Gothenburg prize and the cultural scholarship of the city of Gothenburg 2016. 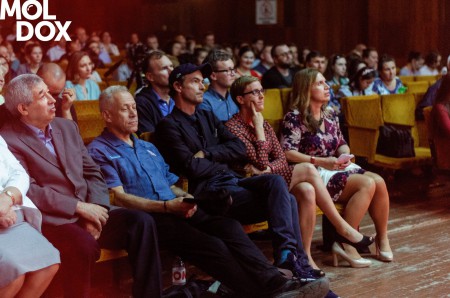 MOLDOX is an annual international documentary film festival for social change, which is being held for its second year in Moldova, Cahul, between 23-28 th of September, 2017.

Moldox is funded by the Swedish Institute in the framework of the Creative Force project.

The festival shows over 30 internationally award-winning documentaries and holds workshops for Moldovan filmmakers and tries to pick up strong film projects in a country that has been so poor for so many years, so there virtually hasn’t  existed any film industry at all, since the collapse of the Soviet Union. The long term ambition of Moldox is be of some help at bringing such an industry to life in Moldova.

This years Opening Ceremony startED with a selection of black and white documentaries, produced in Moldova, that with an orchestral accompaniment by the Symphony Orchestra of the National Philharmonic marking the beginning of the cinema.

MOLDOX Festival screens some of the best social documentary films from around the world in a place where they undoubtedly wouldn’t reach otherwise. This year, the theme of the festival was “POWER.” As such, the screenings, discussion panels and Q&A’s with invited directors focused on the following topics: “Power of Women”, “Power of Opposition”, The Power of Religion” and “Power of Passion”. A special selection of films with the title “Nostalgia” was also prepared, which discussed life under the USSR. In total the festival screened 20 feature films and 15 short films,  in 3 different venues: the Grand Hall of the Palace of Culture, Brother’s Pub and the National Theater of Cahul. The films are screened for the public free of charge.

The second component of MOLDOX is MOLDOX LAB – a workshop space hosting 5 documentary film and photography workshops. The workshops are intensive (6 days) and range from beginner to professional level filmmakers. These include:

At the completion of each lab participants will have a finished piece to exhibit at the closing event of the festival.

From 22nd till 23rd of September in the frames of MOLDOX Festival  “The Conference of Moldovan Documentarians” will be held. There will be taking place  masterclasses and networking events  for 10 top documentarians from Moldovan Diaspora, and 10 that are based in Moldova with famous directors from Europe, USA and presentations of the National Film Center ,Creative Europe.

MOLDOX Festival is an event organized by SVENSKA FILMSTUDION, “MOLDOX” Association and „CONTACT-Cahul”.