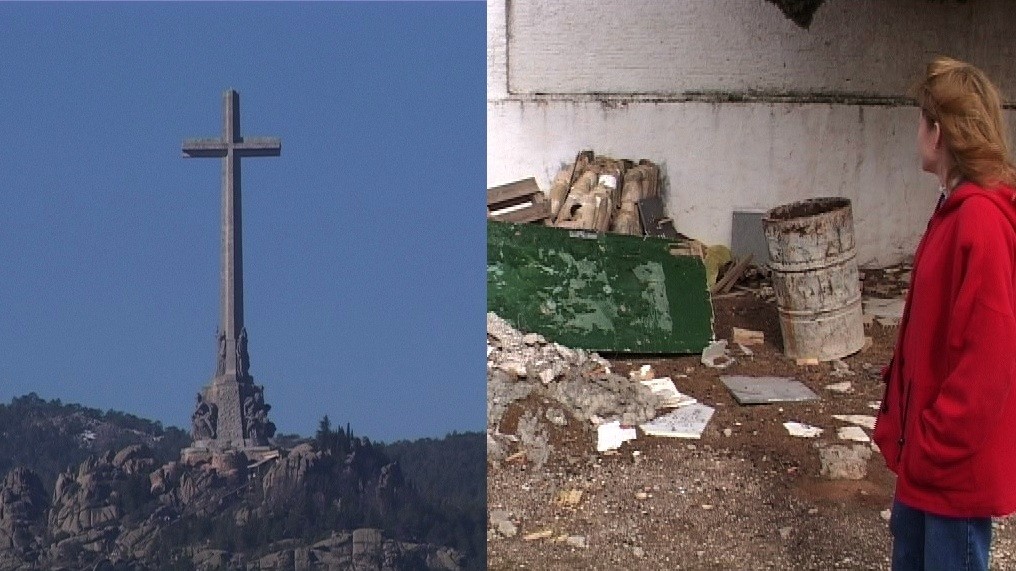 ABOUT Mari-Carmen España: the end of silence By Helen Graham:

This is the perfect classroom event: a road-movie documentary with scintillating twenty first-century production values that also respects the ‘old-fashioned’ ones of historical context and investigative rigor. In Mari-Carmen the history of Spain’s difficult past and lengthy coming-to-terms is told as a luminous detective story about one real life. What is complex is thus made accessible, but never simplistic. My students were utterly compelled by it; in great part because of the endearing presence of the film-makers, Martin Jönsson and Pontus Hjorthén. Their investigative odyssey quickly draws the viewer in, while their gentle humour and quirky intelligence provide the perfect foil for a sombre subject.

Mari-Carmen herself is the ‘grandchild’s gaze’, a walking lesson in civics whose power and presence lie in her instinctive understanding that the work of uncovering the past is not only a debt paid to her extra-judicially murdered grandfather, but also a restorative act through which Spain’s democracy today is enacted and reinforced. Indeed, Mari-Carmen’s journey vividly depicts something we forget at our peril: that democracy is neither passively possessed nor indeed secure, unless we engage in ‘doing’ it as an everyday, inclusive practice. The very making of the documentary is an example of this practice. It exemplifies the quest to name the ‘disappeared’, to recognise those traduced by the state, thereby enacting a form of civic solidarity across time.
.
Innovative and stylish as a film, Mari-Carmen’s arresting depiction of history in dialogue with the present connects immediately with its audience. It is state-of-the-art documentary-making that understands perfectly that the medium is the message. These innovative qualities, plus its rigor, explain why we’ll be using it at RHUL on our new Public History MA. . Highly recommended. It’s documentary dynamite!

Two Swedish guys driving around Spain searching for the historical verdict over Hitler’s and Mussolini’s old companion Franco. A road-movie in rental cars featuring Olof Palme, the world’s biggest cross and a woman determined to put her family history in order. MARI CARMEN ESPAÑA – THE END OF SILENCE is the story of what happens when a country tries to amputate its past.

September 1975. Franco had signed his last death sentences. In Sweden an 8 year old boy took part in his first ever demonstration. On TV he had heard prime minister Olof Palme calling the Franco regime “Satan’s murderers” and predicting that “the historical verdict will be terribly harsh”. He got obsessed with Spain, Franco and the civil war.
In MARI CARMEN ESPAÑA – THE END OF SILENCE that boy and his friend travel around Spain 30 years later, trying to understand the trauma of a country they love. They ask questions about a past that was swept under the carpet by a pact of silence.
In the south they meet Mari Carmen España. She has taken the historical verdict into her own hands, refusing to accept that her murdered grandfather lies in an unmarked mass grave under a pile of garbage. Affected by her indefatigable struggle against reluctant authorities, they end up trying to help, in her fight for justification and a dignified funeral for her grandfather
They find the instigator of the mass murder buried beneath the world’s biggest Cross, in the heart of Spain. A monumental symbol of christianity, but also the largest fascist monument the world has ever seen.

Awarded with the audience award at Docupolis en Barcelona 2009

Distributed in Germany by WDR and Klett group for educational use.

Distributed in USA by The video project

The film Mari Carmen España -End of silence is currently being used at the Royal Holloway University of London for spanish studies.

Awarded with the audience award at Docupolis en Barcelona 2009

The clip with the Abbot at the monastery in the Valley of the fallen, Anselmo Alvarez, turned into a classic on youtube. Martin Jönsson asks questions the abbot seems to have avoided to think about his whole life.

The unique interview was included in the catalan documentary “Abuelo, te sacaré de aqua” (TV3 Catalonia) about general Franco’s gigantic monument the Valley of the Fallen, by Montserrat Armengou y Ricardo Belís. Carl Pontus Hjorthén is interviewed along with Balthazar Garzón and other experts about the monument’s significance and future. 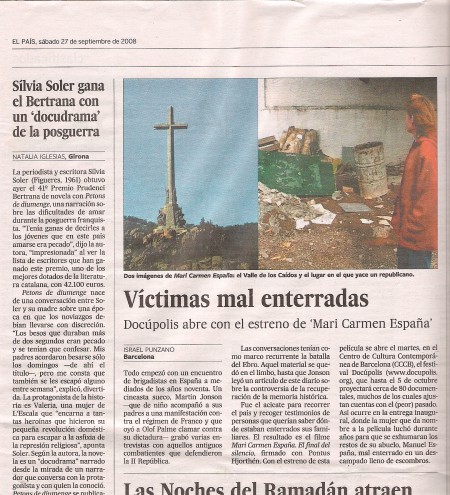 No spanish tv-channel has ever dared to broadcast the film, and it was banned in Catalonia through the care of the religious forces. 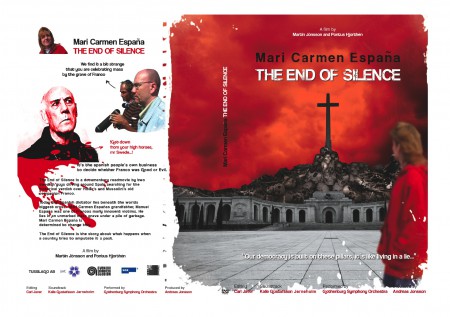